William Smith was born in the small coastal village of Seaton Sluice, Northumberland on 11th October 1790. The village was famous throughout England for its glass making and manufacture of copperas. Meanwhile the nearby town of Blyth was beginning to become a critical port for coal, shipbuilding and rope making. Smith’s father became a reputable joiner and the family moved north to the small town of Bedlington sending his son to be educated in Blyth nearby.

William Smith was probably apprenticed to the sea at the age of 14 and certainly spent his formative years working in the East Coast coal trade. It is also possible that Smith served in the Greenland Whaling fleet and he may well have joined the ships that were known to have sailed from Newcastle to the east coast of Greenland during this period.

In August 1811 Smith became owner and master of the Three Friends of Blakeney which shipped coal on the east coast and the following year he partnered with William Strangham (ropemaker from Blyth), William Sheraton (farmer from Dinnington), Edward Storey (farmer from Heaton Grange) and George Jeary (master mariner from King’s Lynn) to build a new ship the brig Williams. She was built in Blyth at the shipyard of Messers. Alexander and John Davidson and was registered in Newcastle Upon Tyne on the 21st January 1812.

William Smith then began a series of merchant voyages beginning with a journey to Portugal, France and then three times to Buenos Aires. On his fourth voyage in 1818 he again set sail to South America carrying a substantial cargo from England and India that was ultimately bound for Valparaiso Chile; the cargo contained items such as musical instruments, hats, iron, books, confectionary and wine. Calling first at Rio De Janeiro he arrived at Buenos Aires where he resupplied and finalised the final leg of his trip. From Buenos Aires he sailed south in a bid to round Cape Horn and after sailing east past the Falkland Islands he found that the winds were not favourable to sail around Cape Horn and so he sailed much further south in search for winds that would take him west. In doing so on the 19th February at lattidue 62 degrees South  and longitude 58 degrees West, he sighted new land which he named the New South Shetlands. The gale winds increased, and Smith hauled off north for the night. The following day as the weather had calmed a little and visibility was fair he sailed again southward making for the sighted land and arrived at a prominent point – later named Williams Point. During this day Smith sighted Livingston and Greenwich Islands. His exploration however was limited by the amount ice sighted to the west and he rounded a large iceberg before resuming his voyage north to Valparaiso.

On reaching Valparaiso on the 11th March 1819 Smith reported his discovery to Captain William Henry Shirreff a senior Royal Naval officer on the Pacific Coast of South America. Shirreff expressed doubts at the claim and thought that Smith had sighted ice instead. Smith was ridiculed in Valparaiso and determined to prove his sighting. He left on the 16th May 1819 and sailed south to round Cape Horn once more bound for the east coast of south America with the intention of visiting his newly discovered land on the way. However, with the onset of the southern winter it was difficult going and after a month he found sea ice that slowly began to hem the ship in. Smith quickly turned about and sailed north forgoing any chance of revisiting the New South Shetlands on the voyage. Once in Montevideo on the east coast he discovered that the sea ice had in fact stripped several sheets of copper from the ships bottom. He also learnt that news of the discovery had preceded him and that a sealing ship Espirito Santo was bound for the islands, and on Christmas Day 1819 the boat commanded by Joseph Herring landed at an unidentifiable place two months after Smith. Unfortunately, this ship was the first of many sealing expeditions to visit the New South Shetlands over the coming decades.

William Smith spent 3 months in Montevideo gathering enough cargo for a third voyage to Valparaiso and a visit to his new islands, he was offered considerable sums by American merchants to take a whaling ship south to the new lands, but Smith refused wanting only to land and claim the islands for the British.

In September 1819 Smith sailed once more to Valparaiso and in cloudy conditions on the 15thOctober 1819 he sighted land and took soundings discovering 60 fathoms and fine black sand – the island was most probably Desolation Island.

On the 17th October Smith sailed the coastline of King George Island, Nelson Island, Robert Island and Greenwich Island finally arriving once again at Williams Point. Smith had sailed 150 miles along the coastline and on 18th October he sighted new land to the WSW that was higher than yet discovered - Smith Island which stands 2104m high.

Finally, back in Valparaiso Smith’s claims were now believed by Captain Shirreff and Smith was prevented from any contact with the shore leading to the rumour that a great discovery had been made. Captain Shirreff chartered the Williams for the Royal Navy and installed Edward Bransfield (master of Captain Shirreff’s boat the HBM Andromache) and three midshipmen C.E Paynter, Thomas Maine Bone and Patrick J Blake. Dr Adam Young an assistant surgeon in the sloop Slaney also joined the crew.

They were instructed that if the voyage should last more than six months they should sail direct to England and report to the Admiralty.

Smith and Bransfield sailed south and made land on the 19th December 1819 at Cape Sherriff on Livingston Island. They ran along the north shore of New South Shetland to North Foreland and Cape Melville. They then sailed on to Deception Island, sighted Trinity Island and behind that the mainland of the Trinity Peninsula the northern tip of the Antarctic Peninsula and continent.

This then was the first recorded sighting of the Antarctic continent in history.

Following this the Williams sailed past Elephant Island (made famous by Shackletons incredible self-rescue) and Clarence Island whereupon shortly afterwards they were halted by sea ice in the Weddell Sea. On their return voyage they ran alongside the north coast of the New South Shetland Islands before finally heading home for Valparaiso.

Bransfield and Smith arrived back in Valparaiso on 15th April 1820. Bransfield re-joined Captain Shirreffs ship and the Williams was discharged from service. The name New South Shetland Islands was officially given to the islands. Smith made a final fifth journey to the area on his return home and arrived in Portsmouth England on 11th September 1821 via Rio De Janeiro and Lisbon. Upon arrival Smith discovered that his fellow owners were in financial difficulties and that he was in fact bankrupted as a result.

The Williams was sold on the 13thJune 1822 firstly to merchants in Ratcliff then to a London coal merchant. The ship was reregistered in Newcastle Upon Tyne in 1833 and was subsequently owned by a Newcastle/Jarrow shipbuilder and then a Darlington coal owner, a Bishopswearmouth and Monkwearmouth ship builder, a master mariner and eventually John Furness of West Hartlepool who owned and eventually had the ship broken up on the 12th December 1882.

William Smith lived in London after his bankruptcy working as a river pilot on the Thames. In 1827 James Weddell (who ventured to the New South Shetlands after Smith’s discovery and subsequently had the Weddell Sea named after him) recruited Smith who became master of a whaling ship out of Leith and spent some years working in the Davis Strait near Greenland. However, after a bad season in 1830 he returned to London and presumably resumed working as a pilot. Increasingly destitute in 1838 he made an application to an almshouse but was rejected as he was under the required age. He then sought compensation from the Admiralty for his discovery. The Admiralty required confirmation from Captain Shirreff and a letter was sent but no record has been found from any outcome. Finally, in 1840 Smith was allocated an almshouse and in 1847 he passed away leaving his household goods, effects and stocks to his wife Mary.

Captain William Smith and the Discovery of the New South Shetlands A.G.E. JONES, The Geographical Journal, Vol 141, No. 3, Nov 1975

The Voyages of the Brig Williams 1819-1820 as Recorded in Contemporary Documents and the Journal of Midshipman C.W. Poynter 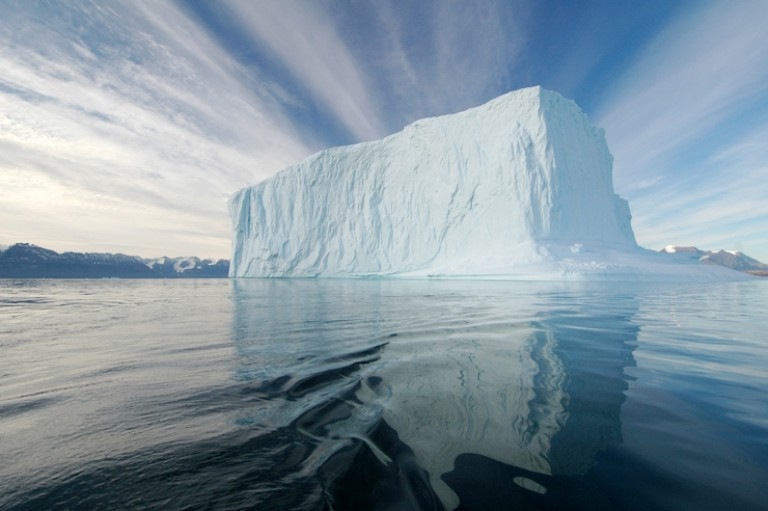